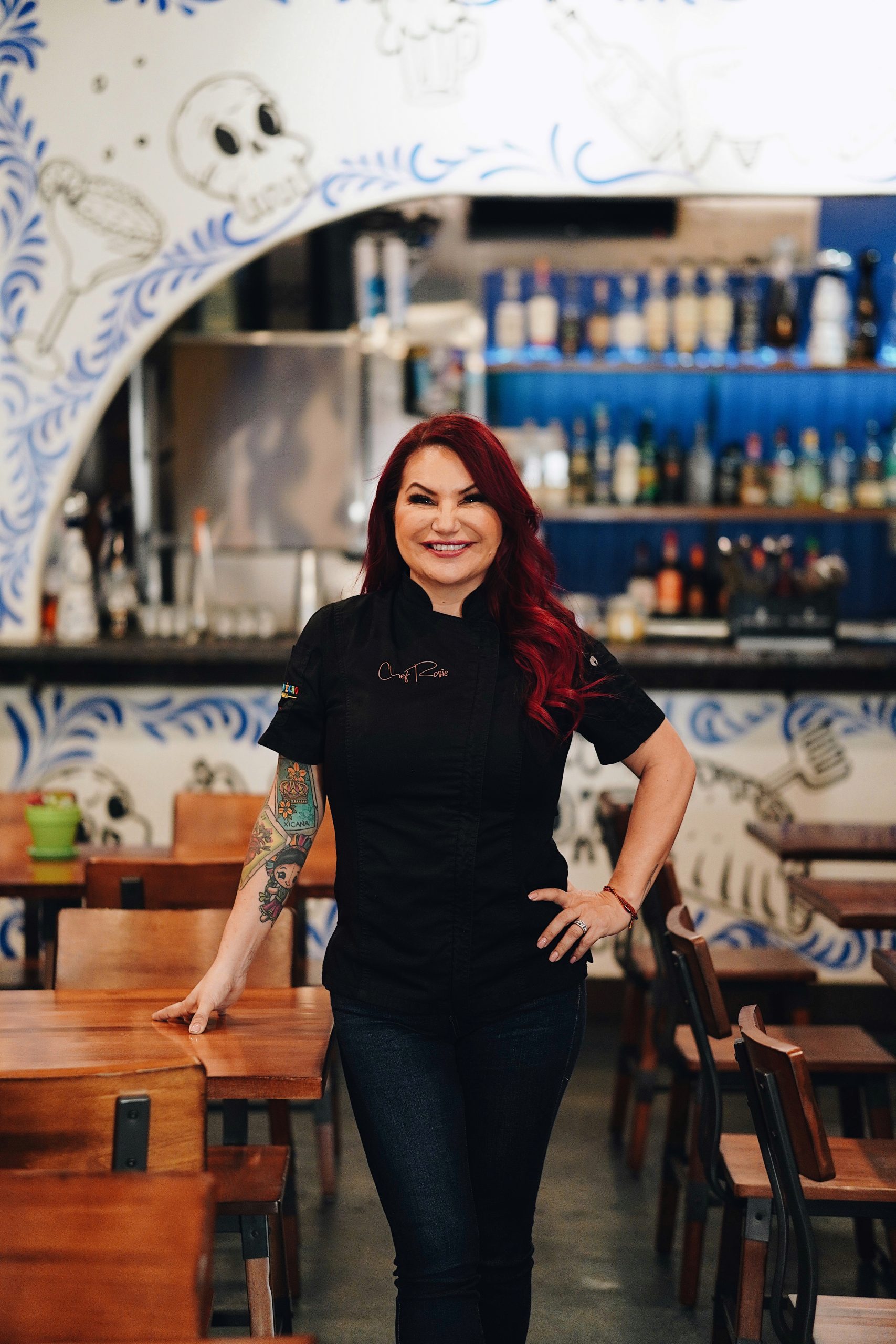 HELLO. I AM ROSIE O’CONNOR.

Story behind my passion

Hola Amigos! I’m Chef Rosie O’Connor– restaurateur, single mother, free spirit and avid storyteller who loves to share my passion for travel, food, and cocktails. I’m a born and raised a California girl, but my heart will always have a place in Mexico.

In my cooking, I blend together the food cultures I’ve come to love…California cuisine and Mexican gastronomy.  The fusion of these two unique flavor profiles have become a cuisine all their own, which I and many chefs lovingly refer to as Cali-Mex cuisine.

My family has owned restaurants for close to 40 years, so cooking is in my DNA.  It’s something I’ve always loved to do. I’ve had the restaurant bug for a long time.

When I was sixteen, I had my son, and we used to dream about starting up a little place to call our own one day. Opening Provecho Grill with him has been a dream come true for both of us.  So, I guess you can say that Mexican food has made a big impact in our lives.

It’s connected me to my family, allowed me to do so many great things in my community, and helped pave the way to achieving my dreams.  I’ve owned Provecho Grill for over a decade, and I can’t wait to see where it goes from here.

Here on the blog, I’m sharing the recipes that my father shared with me and my own recipes that I’ve developed over my years as a chef.  Some of these recipes are staples on my menu at my restaurant, Provecho Grill.

You’ll also hear about my travels to Mexico.  I travel to Mexico often in search of food inspiration and to connect with its amazing culture and people.  I often visit the restaurants of other chefs and like to get into their heads and see things through their eyes.

Sometimes I share their stories and recipes here on the blog because I believe that we all have something to learn from each other.  The mind of a chef is an amazing thing. What makes us tick? What inspires us? In the end, for many chefs, we just want you to love our food.

Residing in the heart of Temecula, I write a column for Honeycomb Media about travel, stories from my childhood and cocktails as Happiest Hour with Rosie. 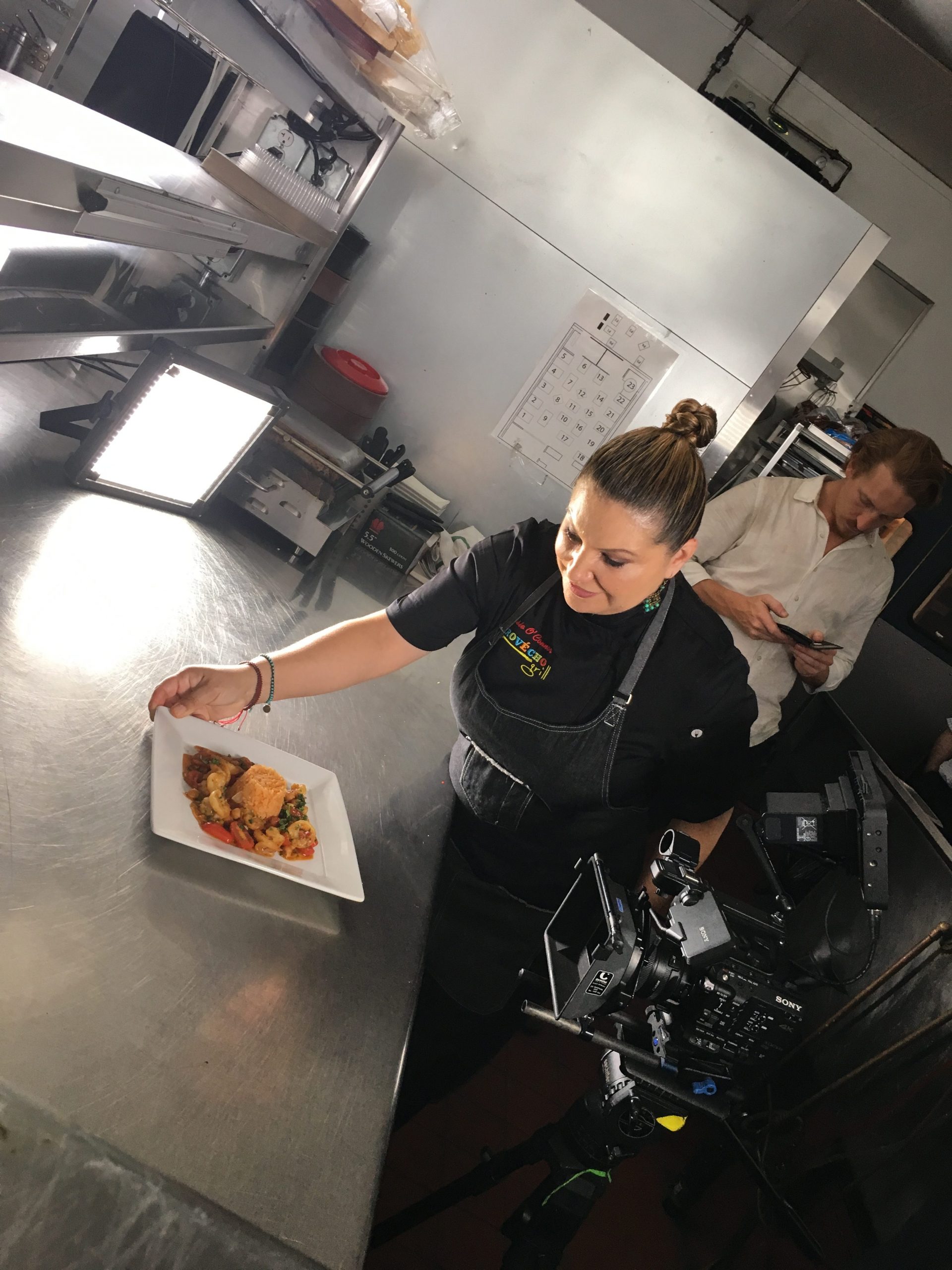 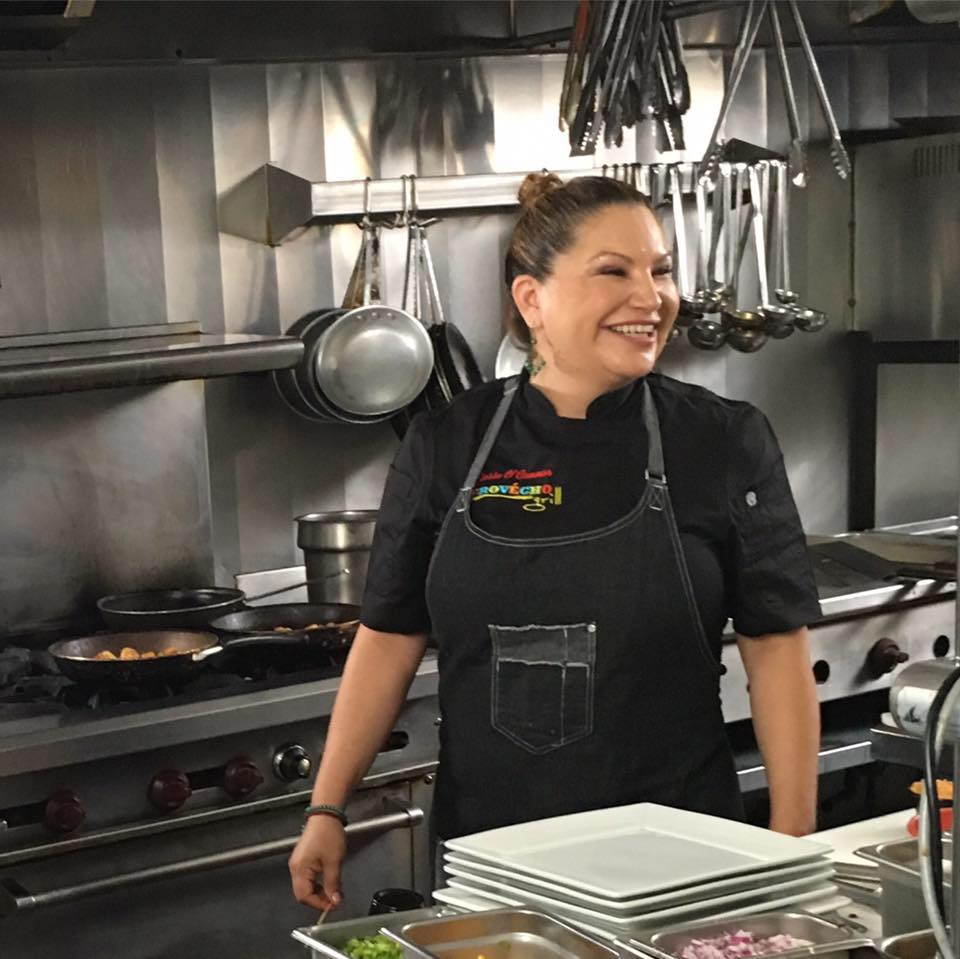 My crazy competitive edge landed me in the SoCal Chef Open in 2015. This spectacular event features chefs from the most prominent local wineries, casinos, and restaurants who come together to compete in creating their most delicious masterpieces.

For the first time in SoCal Chef Open history, one chef was decorated with both awards. The judging chefs and over 600 in attendance honored me with the Pinnacle Award and People’s Choice Award.

Recently, they invited me back to appear as a celebrity chef panelist at the 12th Annual SoCal Chef Open at the Pechanga Resort and Casino in Menifee, California.

In 2017, I appeared in the first season of Farmer’s Market Flip as The Spicy Latinas along with Xiomara Hall on the Cooking Channel. The pilot didn’t quite make it to the next season but left me hungry to continue my adventures on television.

In 2018, the Harris Casino in Funner, California held a cooking competition with Hell’s Kitchen contestants. I was asked to compete and support the event. The competition challenged me, feeding over 400 VIP members in attendance. My reasoning for wanting to compete was to use all the equipment offered in the hotel and to my surprise, I won with a Sous Vide Pork Cheek Peruvian-Inspired Taco on a homemade tortilla.

My episode aired on Tuesday, September 17, 2019. I invite you to watch and support the series! You can watch on Food Network or purchase the series and watch online.

Chef Rosie O’Connor is a native Californian, carries the spirit of Mexico in her heart. The culinary expert was recently part of an expedition to Mexico, hosted by Chef Latinos, an organization directed by Antonio Alcarez.

Chef Rosie had always dreamed of cooking for a president and finally realized that achievement at the November 9th event hosted by Chefs Latinos.

After being asked to prepare a special dish for former President Vincente Fox, Chef Rosie decided on a shrimp soup prepared in the regional style of Tuxpan, Veracruz.

After tasting the dish, Former President Fox complimented Chef Rosie on her dedication to her craft, stating, “Your father would be proud,” and “Though you live in California, your heart is from Mexico.”

When asked about her choice of which dish she prepared for the president, Chef Rosie is quoted as saying:

I wanted to make a dish that represented a region in Mexico and put my spin on it. I am an American born chef who specializes in Mexican cuisine. I wanted to honor him by making something different than a mole or something general. I made a typical shrimp soup from Tuxpan, Veracruz. I made the base with honda shi & guajillo chile and topped it with Tobiko (flying fish eggs) tortilla chips, & pozole. I poured my heart into that dish. I made it a few times at my restaurant before making it for him.

Chef Rosie’s commitment to quality and perfection is an inspiration for anyone that might choose to pick up a knife or skillet. Chefs Latinos Director, Antonio Alcaraz, also chimed in on the importance of Chef Rosie’s participation:

We will achieve many great things with Chef Latinos. Chef Rosie’s story will travel the world and inspire many women, as she already does. Thank you for being part of this beautiful project.

Where is Chef Rosie O’Connor located?

Chef Rosie O’Connor is based in Southern California.

Chef Rosie offers private dinners, catering and more. You can view her services by viewing the Work with Chef Rosie page here.

How can I book Chef Rosie O’Connor?

You can book Chef Rosie O’Connor for one of her many services by completing the contact form at the bottom of the Work with Chef Rosie page. Click here.

Have more questions for me? Send me an email!